Names in "Fight the Future" 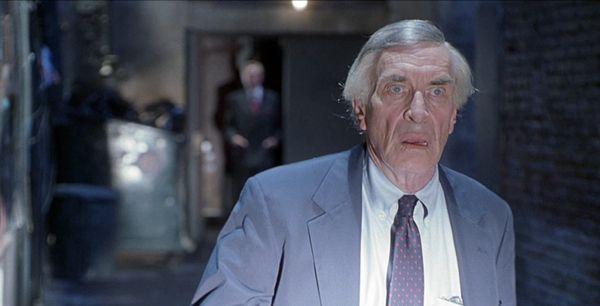 I noticed that in “Fight the Future,” at least three of the supporting characters have German names.

There’s Strughold, the German industrialist referenced in Season 3, whose backstory was never explained. Then the Deep Throat character is Kurtzweil, and the first bad guy we encounter is Bronschweig.

Was this an extension of the "X-Files" episodes about Nazis working for the American government during the Cold War?

Jeff, all of these surnames came from Chris Carter, so I can't say for sure. Like you, I assumed the names were meant to relate to Operation Paperclip, the secret intelligence program we referenced in the series under which Nazi scientists were recruited to work for the United States after World War II. But I always liked the sound of the Armin Mueller-Stahl character name, Conrad Strughold. And at least in the case of the Martin Landau character, Alvin Kurtzweil, I'm fairly certain Chris intended it as an homage to the futurist and inventor, Raymond Kurzweil.