(Lots and lots of) "Millennium" Questions 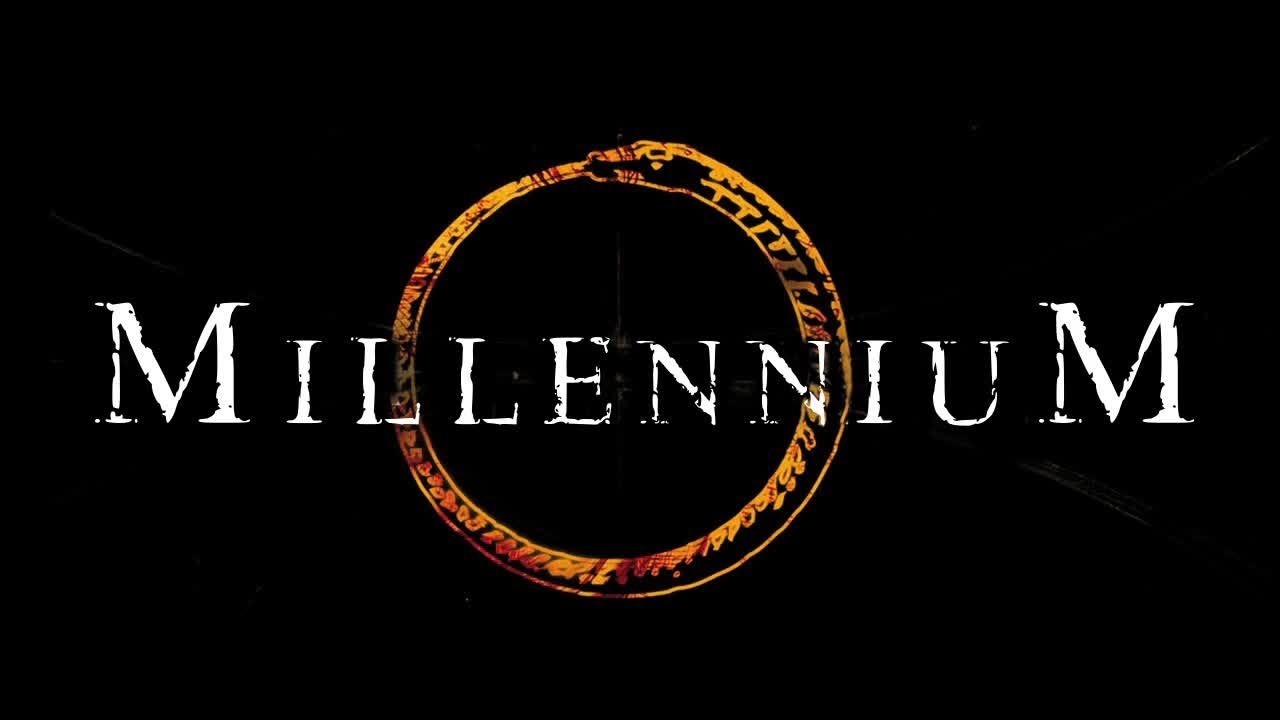 Good morning Frank! Here are all of the questions about Millennium that my friends and I have come up with.

That's a lot of questions! I'll do my best, but there are quite a few I can't answer...

Yes, we all wanted the series to last at least five seasons.

No. That proved to be a very difficult episode to write because we realized that, since it was an episode of The X-Files, it had to in fact be an "X-File" case. That obviously wouldn't have been an issue on the Millennium series, so the event would have been treated very differently.

3. I read that Carter tried to cast Lance Henriksen in previous episodes of The X-Files, any idea which are those?

I don't know, but I do know Chris was a big fan of Lance's. We all were, and we were thrilled when he accepted the role of Frank Black.

4. How did 'The Frenchman' get out of that bridge after Frank chased him in the pilot? Did he jump and swim away or hanged there until Frank left?

Sorry, I don't know the answer to that one. You'd have to ask Chris or the director, David Nutter.

5. Are the nurses played by Frances Flanagan in The X-Files episode "Apocrypha" and Millennium episodes "In Arcadia Ego", "The Innocents" and "Exegesis" supposed to be the same character?

6. Random question, was there ever talk of having David Lynch direct an episode of The X-Files or Millennium?

How amazing would that have been? But no, there wasn't. There was talk about Quentin Tarantino directing an episode of The X-Files, which also would have been incredible. I believe the problem was that he wasn't a member of the DGA, but I couldn't swear to that.

7. Bob Wilde's character in "Gehenna", Ricardo Clement is not the same as Mabius in season 3?

I don't believe so, but Chip Johannessen and Ken Horton were running the show in Season 3, so they would know for sure.

8. What is the season 2 episode "Siren" based on? Any trivia on that episode would be great! I have a hunch they tried to cast Joan Chen as the titular character in that episode, no?

Sorry, I have to pass the buck here, too, to Glen Morgan and James Wong, who were the showrunners in Season 2.

9. What happened to Catherine's sister played by Barbara Williams in season 3? Did she also blame Frank?

10. I read that "Seven and One" was originally supposed to have flashbacks to the Middle Ages, that sounds interesting! What would have in the original idea of the episode and in those flashbacks?

Yes, that's true. I wanted to flashback to the Middle Ages, but everyone rightly looked at me like I was crazy -- there is nothing remotely old enough in the Vancouver area that would have allowed us to do it. I honestly cannot remember exactly what the storyline was that I proposed, but I believe it had to do with the perception of evil spiits during a plague.

I can only tell you that it wasn't our intention to set "Seven and One" after "Goodbye to All That."

12. Would the fact that "Goodbye to All That" implies that some of the killers in season 1 were Millennium Group test subjects have been explored in season 4?

13. Would Legion and Lucy Butler's histories with the Millennium Group have been explored in season 4?

Another Chip/Ken question. (But I hope so. I loved Sarah-Jane Redmond's performance.)

14. Lucy Butler would have surely returned bigger and badder in season 4, right?

Same answer as above.

15. Would there have been a sequel to "Force Majeure" in season 4, regarding the flood happening on May 5, 2000? Possibly with Dennis Hoffman (Brad Dourif) and the clones played by Kristi Angus returning?

16. Would Frank have returned to the yellow house and there have been another ghostly visit by Catherine in season 4?

17. Would elements such as the Polaroid Stalker, Ed Cuffle, the Old Man and the red lacquer bowl from "Bardo Thodol" have returned in season 4?

20. Why was Ed Cuffle executed in Florida in "Goodbye to All That", when Frank said he was a serial killer in Minnesota and serving triple life sentences in "The Pilot"?

21. What happened to Peter at the end of season 2? He was attacked and dropped his phone and later shows up in season 3.

22. Would there have been more exploration to mythology episodes like "Skull and Bones" and "Matryoshka", like more into Cheryl Andrews's betrayal and J. Edgar Hoover's discovery of the Millennium Group?

23. Was a line mentioning Cheryl's betrayal cut from "Skull and Bones"? I assume because of Frank's disillusionment of the Millennium Group and because he had always respected her and that's why he had forgiven her. Another thing, I assume she didn't want them to have the hand of Saint Sebastian because of some reason related to the Marburg Virus.

24. Would season 4 have connected season 2 and season 3 more?

25. Was the mystery caller in episode "Sense and Antisense" a dropped storyline or just episodic to give Roedecker something to do?

26. More ancient flashbacks of the Millennium Group, perhaps with its original founder?

27. If there would have been a season 4, would Peter Watts have stayed dead? If so would Frank have been framed for his supposed death because his grieving family witnessed him come at him with a chair and a .45!

28. What would have happened to Frank, Jordan and Emma Hollis in season 4?

29. Could the Millennium Group have threatened to reverse Emma's father's treatment of his Alzheimer's disease?

30. Something Millennium barely touched on, would human greed over money have come up more in season 4?

33. To end this, are there any regrets and things you would have like to have done on the show?

I regret that the show didn't get the chance to reach the turn of the millennium. After The X-Files moved to Sunday night, Fox was constantly chasing higher ratings in the Friday night time slot. That never happened, of course, and looking back on it now, I think it's clear this was the beginning of an historic decline in network television viewership. (I think The Lone Gunmen was a victim of the same trend.) I felt Millennium was a singular creative achievement, and that it deserved a longer run.